We have an infinite God who goes by many names. And these names, scattered throughout Scripture, often have a different meaning, showing us another facet of this wonderful creator, healer, and provider.

Although God is attentive to our prayers, we may pray using different names as a reminder to ourselves about God’s power, his wonder, his strength, his provisions, and many other divine qualitites.

God also reveals a part of himself via a name. We can learn something new about him every time we discover a new name in the Bible.

Names had a whole other type of weight in the Old and New Testament. It wasn’t just something one slapped on a birth certificate. Names could determine one’s telos (purpose), life trajectory, or one’s family lineage.

During times of sickness, we may call upon God using his name that is tied to healing, “Jehovah Rapha.” We’ll dive into the meaning of the words Jehovah Rapha and what they mean for us today. 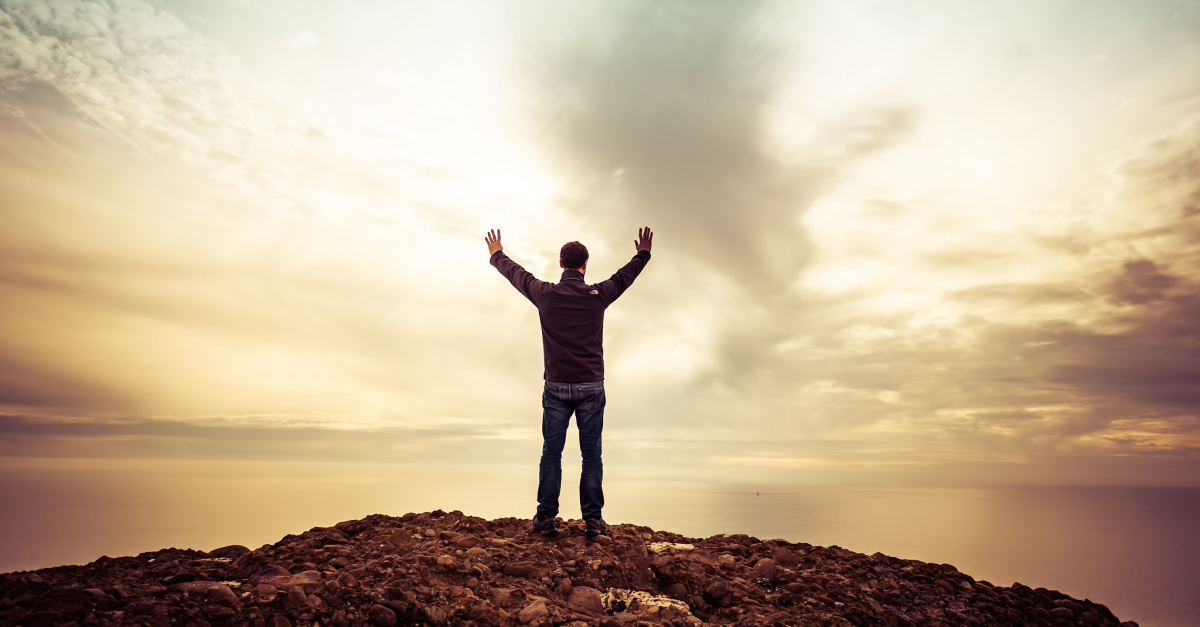 How Many Names Does God Have and Why?

You may have found yourself wondering just how many names God has in Scripture. We hear them spoken in worship songs...names such as Yahweh, Elohim, or El Roi.

This website lists almost 1,000 names for God found in Scripture. One could argue many of those names could be lumped under the umbrella of a name or label, but as for an exact number, scholars appear to be at odds with differing translations.  But let’s ballpark the number low and say God only has 100+ names in Scripture. That’s still a lot of names. Why does he have so many?

We do have to bear in mind that God is infinite, eternal, all-powerful, all-knowing, and omnipresent. Our finite minds cannot fathom our God. So the different names in Scripture help us to grasp an aspect of his character.

Jehovah Shammah (Ezekiel 48:35) “Our God Is There” reminds us that in the midst of trials, God is with us.

So in times of sickness and poor health, do we have a name for God that encapsulates God’s healing power? 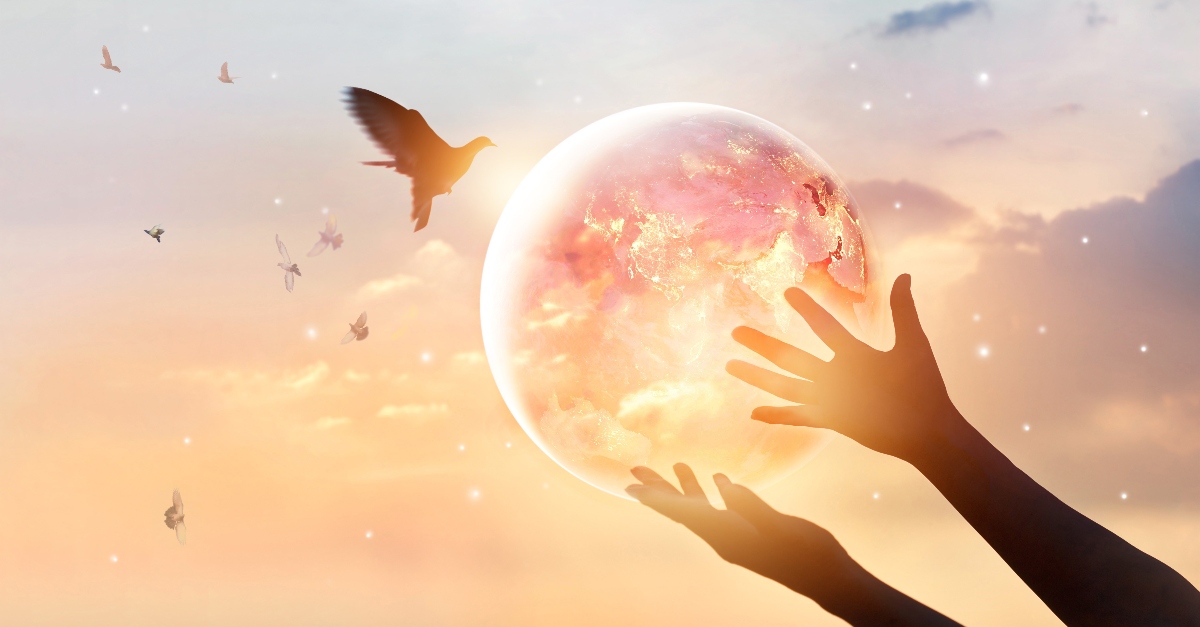 What Does Jehovah Rapha Mean?

Also sometimes spelled Jehovah-Rophe; Jehovah Rophecha; and Jehovah-Rafah, this name translates to, “the Lord who Heals.”

We do encounter the name Jehovah (Yehovah) a lot in Scripture, often tied with a compound name of some sort. Some instances of these are Jehovah-Jireh (the Lord will provide), Jehovah-Nissi (the Lord my banner), Jehovah-Raah (the Lord my shepherd).

Rapha means “to heal” “to make whole” “to properly mend by stitching” and “to repair.” God does all of these things for us through his healing power.

Where Jehovah Rapha Appears in Scripture

We first discover the name of Jehovah Rapha in Exodus 15:26. Prior to this verse, we see instances of “rapha,” even in regards to something God can do for people (Genesis 20:17), but this is the first instance in which God reveals Healer as part of his identity. 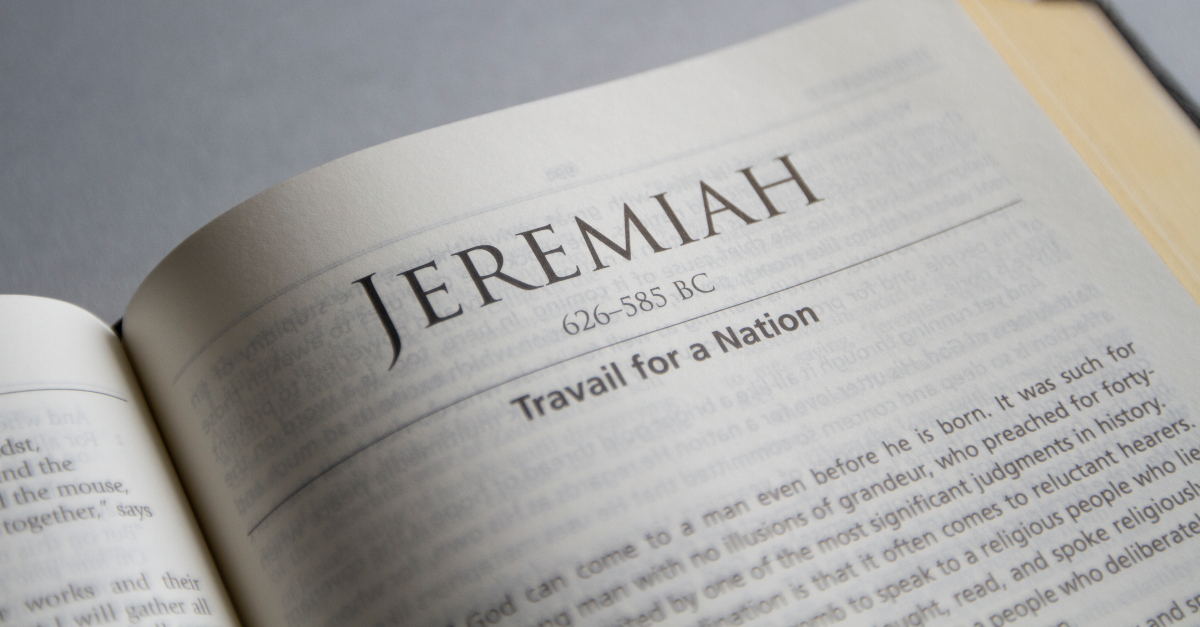 It should come as no surprise that people in Scripture call God Jehovah Rapha when they face something a little more detrimental than a stomach ache or the common cold. Let’s dive into each of the verses mentioned above and discuss the context of what’s happening in each.

Exodus 15:26
The Israelites have just escaped the clutches of Egypt and 400+ years of slavery. Right after they lift praises to God in the first part of this chapter, the Israelites start to grumble (one of the first of many cases of them grumbling in the desert). They’ve reached a bitter spring and can’t drink the water.

Through a piece of wood, God makes the water drinkable. He reminds them that he heals and restores those who follow him, and that he preserved them from the 10 plagues in Egypt.

Jeremiah 30:17
After Jeremiah witnesses the destruction of Jerusalem, thanks to a siege from the Babylonians, and watches his friends and loved ones get taken into captivity, God reminds him that he will restore Israel. He’ll mend their wounds and bring them back home.

Isaiah 30:26
Similar to the case with Jeremiah, Israel has turned their backs on God, and now they’re facing a siege from a foreign enemy who will take them captive. Nevertheless, God heals and restores.

Psalm 103:3
Don’t let this uplifting Psalm of David fool you. David had undergone a number of awful trials before he became King of Israel. He ran from the previous king who tried to kill him, lost his best friend to battle, and later in his kingship years, had an affair and massive problems with his offspring.

He has, as this commentary said, a keener sense of his past sin because he’s reached an older and more reflective age. In this verse alone, David declares that not only does God heal us from our physical ailments, but our spiritual ones as well.

In all of these verses, we see that healing itself has many facets. God not only restores us physically, but also spiritually. We often witness this same idea in the miracles of Jesus (Mark 2:1-12).

We may ask God to take away physical pain, and he reminds us that restoration doesn’t just happen at the skin-deep level.

The Power in Calling on Your God Jehovah Rapha Today

In all the instances in Scripture above, we see people in dire situations. Jeremiah and Isaiah lost their homes and nation. David encountered one trial after the other. The Israelites were wandering in the desert and couldn’t even locate drinkable water.

No matter what the instance, Jehovah-Rapha heals and restores them.

In our own lives, we can call upon the healing name of God in prayer. This can help remind us about how God has stitched the wounds of his people in the past, and he will come to our aid.

Nevertheless, we do need to remind ourselves that although God heals, he may heal us in an unexpected way. We may see a physical ailment and think that our creator should make fixing that his top priority. However, we may have a deeper spiritual wound that can also use a salve.

Our God has many names throughout Scripture. Although we cannot fathom an infinite being in His entirety, we can grasp aspects of his character. We know that the name Jehovah-Rapha carries a number of meanings. God can heal us in far more ways than one.

God does not abandon us in our time of direst need. Even when we think we’ve reached the worst trial of our lives, we can be reminded that we have a God who restores and binds our wounds.

This content first appeared on Crosswalk.com and is used here with permission. To view the original visit: https://www.crosswalk.com/faith/bible-study/why-do-we-call-on-god-as-jehovah-rapha-for-healing.html