Even the Little Things Can be Honoring
By: Anne Peterson

I wasn’t always honoring toward my husband. It’s just that we’re so different. I’ll be honest; I have been known to roll my eyes when he explains something to me. Not that he could see me - I learned how to do it inside my head. But God still saw me rolling my eyes. And God made it clear to me that I wasn’t honoring my husband when I did it.

One cold day, Mike told me our defroster wasn’t working right on our car and I should bring a dishtowel with me in case I needed to wipe off the windshield. Believe me, I wanted to roll my eyes. No sooner had I gotten into the car when I realized I had forgotten the towel. I had a decision to make. Should I just take off? No. I decided if I left without it, Mike would feel as if his suggestion was discounted. I would have given the message I didn’t respect his ideas. Don’t get me wrong, I was tempted to just leave, but I decided to go inside and get the towel. I got out of the car and started walking toward the back door. And as I reached for the door handle, here came Mike with the dishtowel in hand. 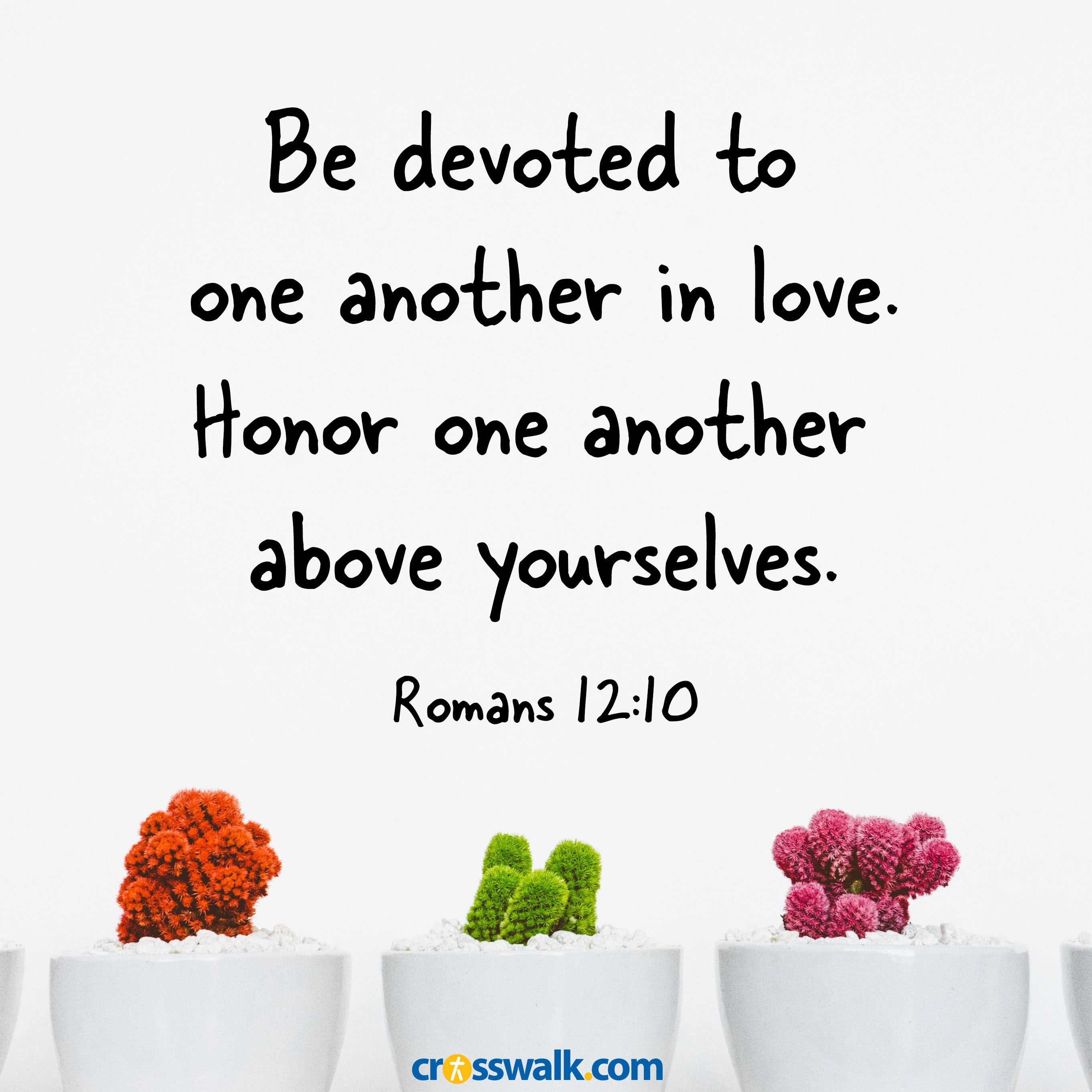 “I almost forgot,” I said. I was so glad that I had listened to God’s nudging. And from the look on Mike’s face, he was too.
It’s easy to want things our own way when we’re married. After all, we are different people with different ways of doing things. Marriage gives us plenty of opportunities to put others above ourselves. Sometimes it’s easier than other times. One time in particular, I shared with my friend frustration because my husband always drew maps out for me when I was driving somewhere new. This was before GPS’s. My friend’s insight helped me so much. Beth explained that Mike was a visual person, which made sense since he was an artist. “He draws things out, because that’s his method of communicating,” she further explained. “It’s how he processes things.” From then on, I better understood each time Mike would pick up a pencil to further explain something.

The Bible says we are all like sheep, wanting to go our own ways. Marriage illustrates this perfectly. Our egos can get in the way and we can be stubborn. But God wants us to submit to each other. Doing this will help us to be less self-centered. We will be tempted to think if we give in, we’ll always have to do that, but I’ve found the opposite to be true. When I consider my husband and what he wants, he is more likely to do the same for me.

Jesus considered others. He knew serving others was also serving God. And the same thing is true for us. Realizing this has made all the difference in the world. Even mundane jobs have a sense of purpose. Because whatever we do in word or deed, we can do it as unto the Lord. And if I remember that, I am less likely to grumble. If Lazarus’ sister, Martha had remembered this when she was preparing a meal for Jesus, she wouldn’t have complained that her sister Mary wasn’t helping her. Instead, Martha might have realized both she and her sister were serving.

When we are devoted to someone we want to please him or her. We always have their best interest in mind. There is no job too big, when we are thinking of them and meeting their needs. Love is a verb. We can tell someone we love them, but our actions speak louder than words. And sometimes little things can speak the loudest. Like listening to a long explanation for the second or third time, or maybe remembering to grab a dishtowel on a cold, winter day.

Anne Peterson is a regular contributor to Crosswalk. Anne is a poet, speaker, published author of 14 books, including her memoir, Broken: A story of abuse, survival, and hope. Anne has been married to her husband Michael for 43 years. Sign up for anne’s newsletter at www.annepeterson.com and receive a free eBook. Or connect on Facebook.