BIBLE VERSE OF THE DAY: “… who, when He was reviled, did not revile in return; when He suffered, He did not threaten, but committed Himself to Him who judges righteously…” ( 1 Peter 2:23)

How Would Jesus Respond to Insults?
By Joe McKeever 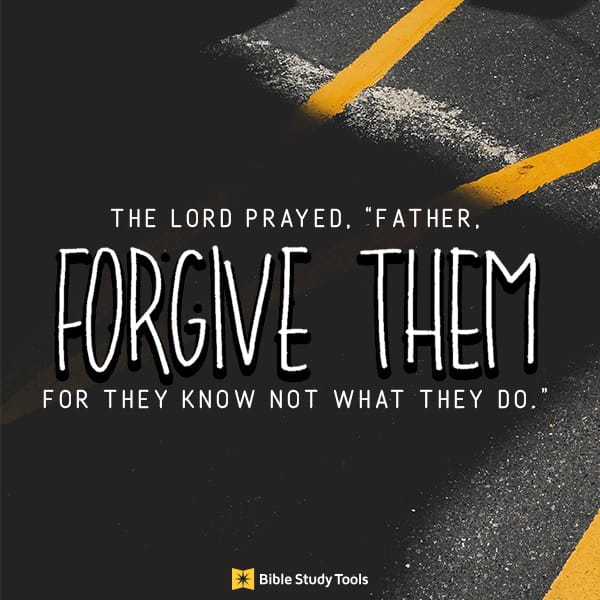 In his book Mud Hen in a Peacock Parade: A Funny Thing Happened on the Way to Heaven, retired seminary professor Dan R. Crawford tells of a put-down he received in the most public of gatherings: the University of Texas graduation exercises.

That day, as the crowd gathered on the mall in front of the University Tower and the about-to-be graduates marched in, Dan noticed the words of John 8:32 inscribed in stone over the door: “You shall know the truth, and the truth shall set you free.” In the processional, Dan marched between the president of the university and the guest speaker who was also the president of a famous institution.

In his invocation, Dan “quoted the verse inscribed over the door and thanked God for the pursuit of truth in which the university was engaged and also the Truth that sets us free.” A few minutes later, the guest speaker, the distinguished president of an august institution said, “Now I must correct the Rev. Mr. Crawford from his prayer earlier. Truth is relative. It is not embodied in any person.”

Dan notes, “Most were asleep when he made this bold statement, but he sure got my attention.”

A public comeuppance. Ever get one of those?

I hope you do. And I hope it’s as out of place and as mean-spirited as the one my friend Dan Crawford received that day. If it is, if you are unfairly attacked by someone misusing his/her position of trust before a large audience, here are some observations on your response…

If it does happen... If someone in a public forum shows pulls the kind of stunt the commencement speaker did that day, you have a choice: you set the speaker in his place or you can be the hero of the hour.

The classy thing for you to do when someone tries to embarrass you (or set you straight or bring you down) in public is to sit quietly and show no response.

The absolutely worst thing you can do–is to respond in kind, to give as good as you received. That would be childish and immature, and all it would do is confirm in the minds of the onlookers that the putdown was correct.

You are not going to make a convert of the offending speaker and that is not your goal. However, there were hundreds of listeners still awake in that commencement crowd of several thousand that day in Austin, and they are the ones Dan Crawford could win over, if he did the right thing.

The right thing is not to defend and not to attack. Just stay the course. Be yourself, show some class, and you will impress the right-thinking people in the audience who were horrified that the speaker would take advantage of you in that way.

The Lord Jesus was on trial. People were hurling lies at him.  “… many false witnesses came forward… At last two witnesses came forward and said, ‘This fellow said ‘I am able to destroy the temple of God and to build it in three days.’’ The high priest turned to the Lord and said, ‘Do you answer nothing? What is it these men testify against you?’ But Jesus kept silent.” ( Matthew 26:59-63)

Jesus kept silent. And when on the cross people were accusing and taunting Him, jeering at Him and spitting upon Him, the Lord prayed, “Father, forgive them for they know not what they do.” ( Luke 23:34)

Part of this devotional was taken from How to Respond When You are Insulted in Public by Joe McKeever. You can read the full blog post here.

Want more Your Daily Bible Verse? We also have a podcast! This podcast features different verses than the written devotional you just read, but carries the same commitment to a closer look at Scripture each day. You can find out more by clicking the link below!

This content first appeared on Crosswalk.com and is used here with permission. To view the original visit: https://www.crosswalk.com/devotionals/your-daily-bible-verse/how-would-jesus-respond-to-insults-bible-study-minute-july-4-2018.html

A Prayer for Faith - Your Daily Prayer - August 16